Turning Point USA founder Charlie Kirk has delivered a plea to the world’s richest man, Elon Musk,  to start up an alternative to Facebook and possibly Twitter in order to regain free speech on the internet.

Musk commented on the censorship of Facebook, Twitter and Google. He would have 75 million Americans join right off the bat. If he started such a venture, he would be sure to be able to attract investors and he would go big.Human Events, Kirk issued what he called a “public memorandum”  begging Musk to start his own internet company.

He would have the advantage of being able to own his own servers and he would draw massive amounts of revenue in advertising while depriving Facebook of that same money. He could even purchase half or all of Parlor and run it off his own servers as well.

He argued to Musk that “preserving free speech is a market opportunity,” and urged the entrepreneur in bold type:

Please use your considerable wealth and influence to start one or more new social media platforms that will provide insulation from Big Tech censorship. Also, please launch a new digital communications company that provides everything from smartphones to networks. Please start and launch everything.

Kirk closed in vowing to support Musk if he took on such initiatives before writing:

“To reach me, you can find me at… well… by the time you respond, I’m not sure where you will be able to find me. It just likely won’t be through Google, Facebook, Twitter, Amazon, platforms from where myself and millions of others are about to be banished silenced. 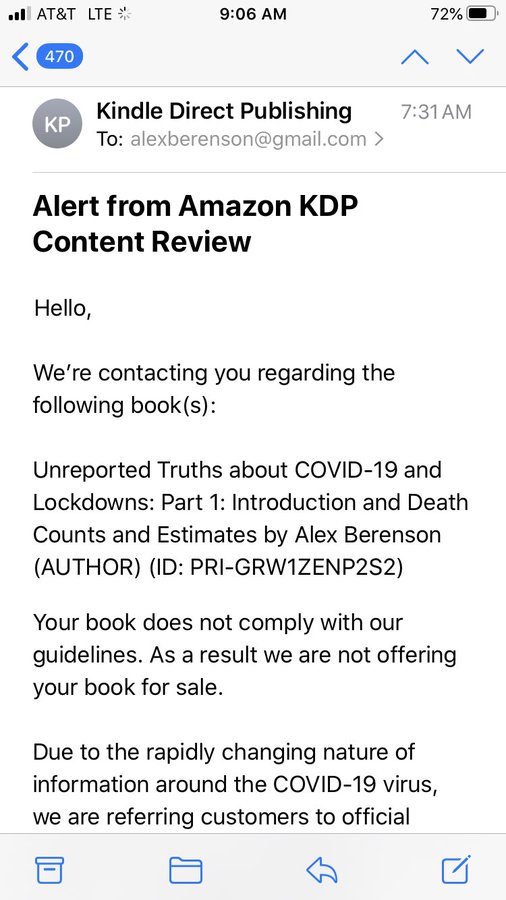 Musk has spoken out many times about the censorship on social media and let’s face it, he could make a boatload of money on such a venture. And in the process, he would deal Facebook a damaging blow from which they might never recover.

I would consider that a win/win situation.

Just In: Another Capitol Cop Present At Riot Is Found Dead From Suicide

Facebook is doing everything they can to keep you from seeing our content! Please enter your email so we can make sure you see our posts and avoid the CCP owned, MSM propaganda!