In 2018, the House Intelligence Committee voted unanimously to release the 53 transcripts of witnesses in the Russia collusion probe. That includes Schiff himself.

But once he became the chairman of the committee, he shifted gears and has kept the transcripts hidden from public view for fear it would prove that Schiff lied to the American people for two years in which he claimed there was irrefutable evidence of collusion between Trump and the Russians.

43 of the 53 transcripts have been reviewed and sent back to Schiff, who refuses to release them despite the committee voting for their release.

“He has appointed himself an arbiter of what the public should see and has refused to allow the White House to review its own equities, making declassification of 10 of the transcripts impossible. It’s difficult to imagine any motive other than Schiff is still trying to control the narrative on Russia collusion.”

From The Daily Wire

Here’s the issue, according to the Examiner:

A sticking point with the remaining 10 transcripts is the desire by the Office of the Director of National Intelligence to allow the White House to review them as part of the declassification process.

In March 2019, under then-Director of National Intelligence Dan Coats, ODNI staffers briefed the House Intelligence Committee that some of the interviews implicated “White House equities” and that the top spy office “looked for mention of interactions or communications with current or former [White House] and [National Security Council] officials either during transition or after descriptions of policies or direction established within the [White House] and [NSC]” as part of the declassification process, according to a letter Schiff sent to the ODNI obtained by the Washington Examiner. The ODNI said some of the witness testimony “could be privileged” and that a determination like that “can only be made by” the White House.

Schiff rejected the request from Coats a week later. 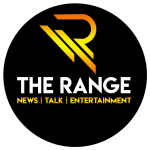 ← Previous Story Power Hungry Leftist Gov Goes Too Far, Ends Up With ‘Egg’ On Her Face As Citizens Refuse To Obey
Next Story → John Durham Expands His Investigative Team as He Ramps Up Spygate Probe